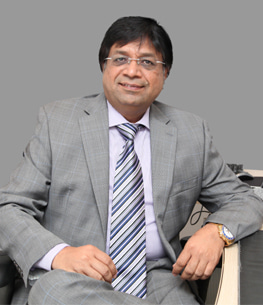 Peeyush Jain is the chief operating officer at Airtec, Refrigeration & Oxygen Co., Kuwait. In this role, Jain manages the operations of companies in the Middle East. This simple, skillful, energetic, enthusiastic, COO owes the success of his organization to his fellow co-workers. The secret to success is good leadership and good leadership is all about making the lives of your team members better.

Jain joined Refrigeration & Oxygen Co. Ltd. in 1999 as a general manager. In 2007 he became the director of Operations and in 2010, Jain was named chief operating officer of Airtec, MENA. He holds a bachelor’s degree in chemical engineering from IIT-Mumbai and secured a Masters of Business Administration degree with honors.

Airtec is a leading supplier and manufacturer of industrial gases, medical gases and specialty gases across the Middle East.